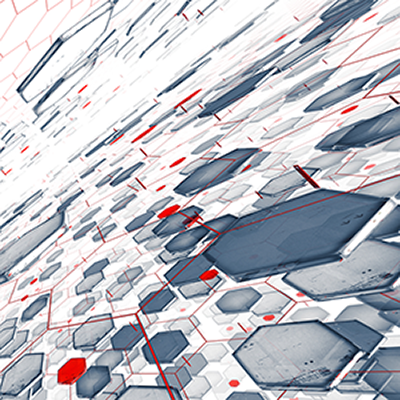 Deployment of Blockchain Technology in Supply Chain Management Is Accelerating

Chain.io and Kadena, which have raised money through ICOs, have both permissioned-access and public-access blockchain technologies, and are working with enterprises alongside enterprise software companies like Microsoft and Oracle to apply these innovations to solve customer problems. Public blockchains secured by token incentives are interoperating with permissioned consortium chains used by enterprises. In the end, many enterprises will use a blend, the best of both worlds. It is also becoming clear that different blockchain architectures will be better for different uses, thus we will also end up with multiple specialized blockchains that interoperate.

Summary
We continue to monitor the network effects, innovations, and progress of the best blockchain technology projects. We believe that early leaders in protocol design have the advantage of attracting more developers. Also, we believe that enterprise software companies are well positioned to profit from increased spending on the development and integration of this innovative technology into companies and industries across the economy.

In our portfolios, we have been selective in identifying and investing in companies that fit these criteria while also having strong current fundamentals, a positive earnings outlook, and sustainable revenue and or earnings growth, and where the stock offers an attractive risk/reward profile supported by timely investment sentiment.

Nicholas does not guarantee the success of any investment product. There are risks associated with all investments and returns will vary over time due to many factors such as changing market conditions, liquidity, economic and other factors. The value of investments can go down as well as up, and a loss of principal may occur. Although Nicholas attempts to limit various risks, risk management does not imply low risk. All risk models are inherently limited and subject to changes in economic, political and market conditions, as well as changes in the strategies’ holdings, among other things, which could affect the risk profile of any portfolio managed by Nicholas. Small- and mid-cap companies may be subject to a higher-degree of risk than larger more established companies’ securities. The liquidity of the markets for these small and mid-cap companies may adversely affect the value of these investments. Concentrated or sector strategies are expected to maintain higher exposures to a limited number of securities or sectors which could increase the volatility, market, liquidity and other risks of the strategy.

Some information herein reflects general market commentary and the current opinions of the author which are subject to change without notice. It is provided for general informational purposes only and does not represent investment, legal, regulatory or tax advice and should not be construed as a recommendation of any security, strategy or investment product. There is no guarantee any opinion, forecast, or objective will be achieved in the future. The information, charts and reports contained herein are unaudited. Although some information contained herein was obtained from recognized and trusted sources believed to be reliable, its accuracy and completeness cannot be guaranteed. Unless otherwise noted, Nicholas is the source of illustrations. References to specific securities, issuers and market sectors are for illustrative purposes only. Nicholas does not undertake to keep the recipients of this report advised of future developments or of changes in any of the matters discussed in this report.

Is the Leveraged Loan Market a Signal?